New York is a treasure-trove for a photographer

It’s now a year since I began this blog; many thanks to those of you who have kept reading it. I’ll be keeping it up. In fact, I’ll be having a very busy 2014. I have no less than five book projects in progress. The first is likely to be an expanded collection of the travel stories that have appeared on these pages.

One project that has had to go on the back burner for now is a book of photographs of New York. I would like more material, and besides, the book production will be tricky. In the meantime I thought that I’d post some of the pictures that may go into the book. This first sample is a cross-section, including one or two architectural shots, parades, and the odd thing I just happened to see.

For the technical, I use a both a bridge camera (fixed-lens SLR) and a compact, both Panasonics with Leica lenses. The pictures in this selection were all taken with the bridge camera,a Panasonic DMC-FZ35. Click on the images for a full-screen view. The pictures are copyright but do share any you like (with attribution and original link, please). As they say round here, enjoy.

Guardian Angel, June 2010: The Guardian Angels are a community group founded in 1979, with the aim of patrolling the New York City subway system and preventing crime. At the time, just four years after it famously ran out of money, New York was notorious for its violence and chaos. It’s moved on. But the Guardian Angels still exist, and their founder, Curtis Sliwa, is a well-known media figure in the city.

Gay Pride, 2010: A Quaker takes part in the Gay Pride march, 2010. This event is always very well-attended and it’s the flamboyant that catch the eye, but perhaps it shouldn’t be. I like this picture partly for that reason.

Dancers, 2010: Dancers take a break during an event held in downtown Manhattan by an environmental group, Earth Celebrations, to celebrate the Hudson River, May 2010.

Tiles for America, 2010: Very soon after the destruction of the World Trade Center in September 2001, an impromptu memorial sprang up in Greenwich Village. People put their thoughts on ceramic tiles which they sent – from all over the country – to a local business, which wired them to a chain-link fence surrounding a patch of wasteground on Greenwich Avenue. The Tiles for America were often prepared by friends or families of victims or by schoolchildren, and remained there for some years (I took this in 2010). They were, in fact, a powerful memorial. In September 2012 the New York transit authority redeveloped the site, and the tiles were removed. There is some confusion as to what happened to them, though some are known to survive; the New York Public Library has a number on display at a site in the West Village.

White bicycle, June 2010: In New York you will occasionally find white bicycles chained to a tree or a piece of street furniture. They normally commemorate a cyclist who has died at that spot. This one is unusual, however; it was outside the St Vincent Hospital in Greenwich Village, the closure of which, in April 2010, caused deep anger in the city.

The Marathon, November 2011: A French contestant in the New York Marathon, 2011. The Marathon is held on the first Sunday in November, often in beautiful weather, with a gently warm, low-lying sun. It is an enormous event that has now grown to over 50,000 participants, and is striking for the extent to which New Yorkers come out to support and encourage the runners. This was taken on Fifth Avenue’s Museum Row, about two miles before the finish line.

The Marathon, November 2011: Exhausted runners head for Brooklyn on the C subway line.


Follow Mike Robbins on Twitter (mikerobbins19), on Facebook or on Goodreads
Mike Robbins's collection of travel writing, The Nine Horizons, was published in 2014 and is available as a paperback, as a Kindle download and in other eBook formats. 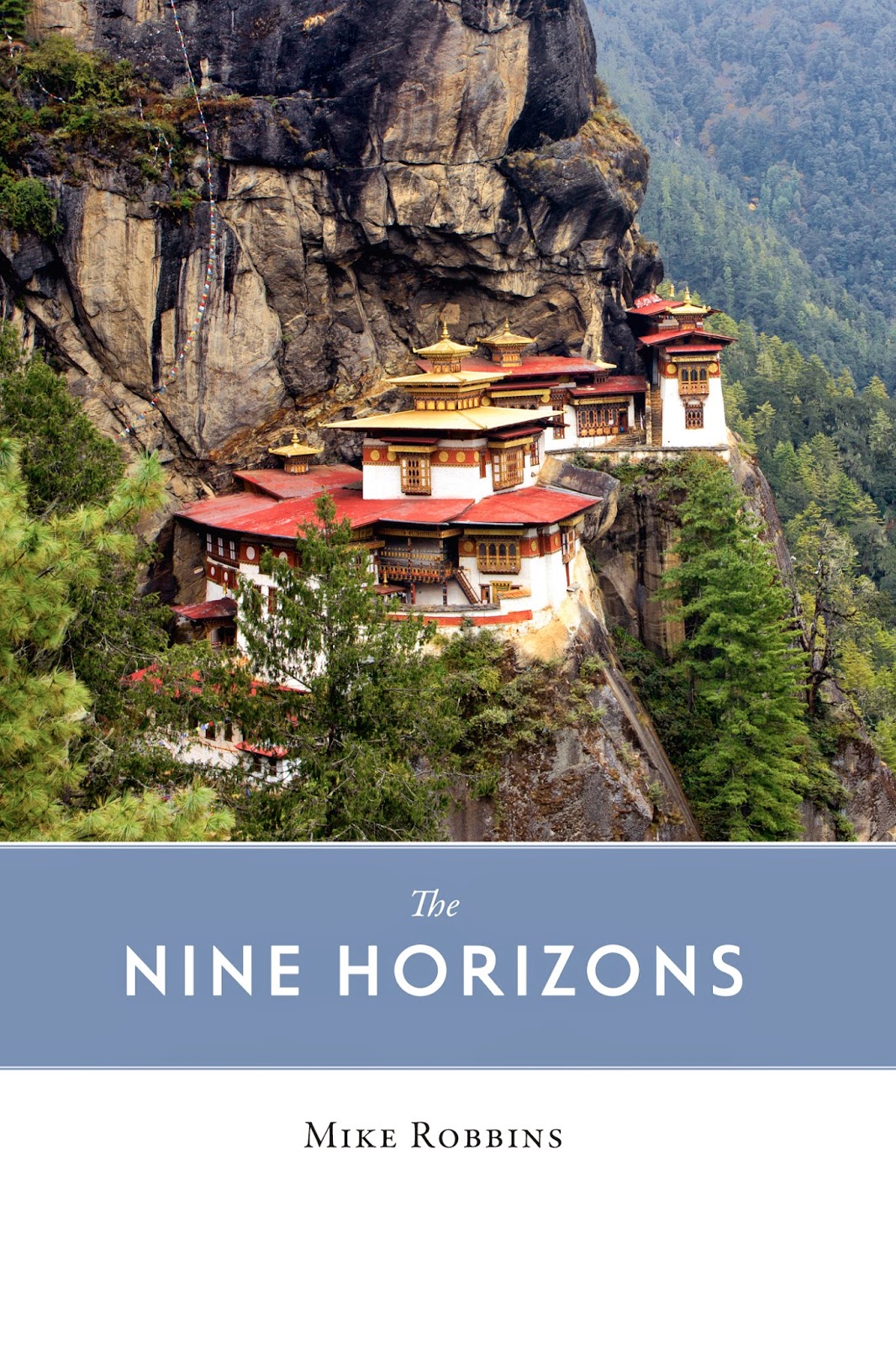