The lost manuscript of Silvia Guzmán


Silvia’s country falls apart after a coup. She flees to London. Picked up by the police, she is dumped for weeks in a bed-and-breakfast with a crazy landlady, then rescued by cold intellectuals. She finds she is a nuisance to one side and a cause to the other, with no dreams, family or opinions of her own. Until she meets another, earlier, refugee; and then she has a surprise for everyone. 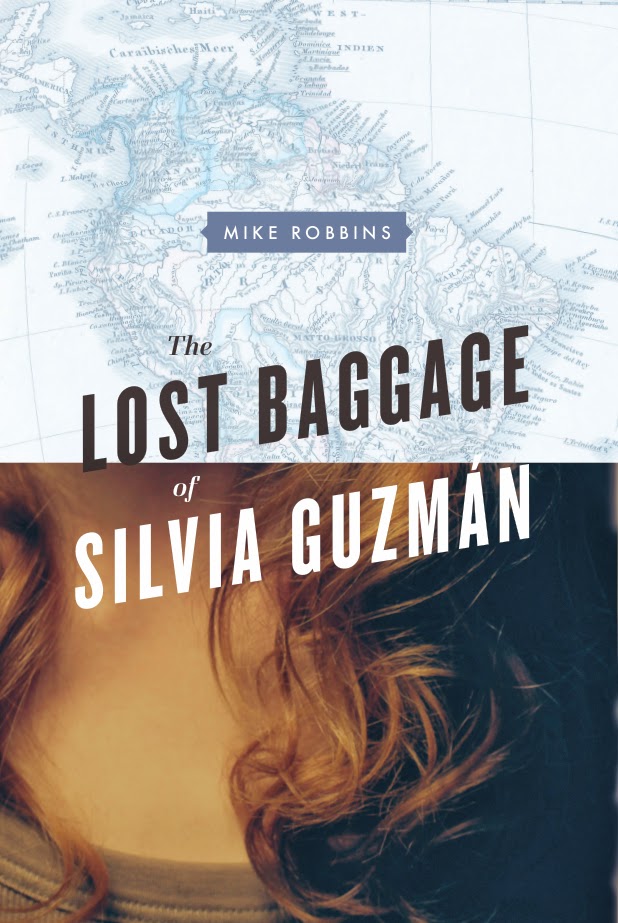 The Lost Baggage of Silvia Guzmán is a story of flight, loss and the pain of exile. But it is also a sideways look at liberal London. The author explains how it got written – and, eventually, published.

AT THE beginning of 1991 I travelled to Ecuador to study Spanish and to explore the country. For three months I studied, travelled, made friends, drank cheap beer and ate very well. I decided to stay until my money ran out.

One morning in April 1991 I sat in a pavement cafe in the capital, Quito, reading a newspaper story about four nuns who had been stopped at the airport while trying to board an Iberia flight to Madrid. Suspicions had been aroused because one of them was pregnant. Outraged, the nuns threatened to report the customs officers to their bishop. The Ecuadorians searched them anyway. The ‘baby bulge’ was 10kg of cocaine. They weren’t nuns; they were Colombian couriers.

Ecuadorian friends found the story funny. In general, though, they were deeply concerned that drug-smuggling activities in Peru and Colombia were spilling over their borders. It seemed inevitable that this would at least affect their way of life. For example, controls on people’s movements had been reintroduced. Travelling in the remote jungle border province of Morona-Santiago, we had our bags minutely checked by the military; even shaving tackle was examined. In the north, taking a bus down the main Pan-American highway, which comes from the Colombian border at Tulcán, we were herded off along with the other passengers by the Policia de la Migración Nacional, and no-one was ignored. Especially the Colombians. A few weeks later a friend on the same bus saw three Colombian passengers caught in a routine search with pockets full of cocaine. This had nothing to do with the traditional use of coca to dull the appetite; this was the drug economy. More than one Ecuadorian told me that they regarded this as a threat both to their stability, and to democracy.

At the end of April my money did run out and I flew home, travelling with an Irish photographer; he proved most congenial. We enjoyed bibulous transfers in four airports, but eventually I found myself back in London, hung over, broke and at a loose end. I had plenty of time to think. It seemed a good time to write something.

I was living in in a friend’s house in Brixton, just south of the city centre; it was an area in which many West Indian newcomers had settled in the 1950s and 1960s. Some had done well. Others had not. Relations between the police and young people were poor, and there had been riots in 1981 and 1985. But our part of Brixton, and adjoining Stockwell, was attractive, with tree-lined streets of tall Victorian terraces. The population was mixed – working Londoners who had been there forever, and the more prosperous of the West Indians. There was also a growing population of young, upwardly mobile media and other professionals, who thought its multi-ethnic makeup made it a fashionable place to live. They also thought a house there was a good investment. (They were right.)

I worked in my bedroom, a small but comfortable room at the top of the house, with a view over the neighbour’s gardens. There was a rickety card table covered with a bright yellow plastic sheet. I put it beside the window, which seemed to be always open; memory plays tricks, yet I remember the summer of 1991 as a warm one in London. I had a portable electric typewriter that I had bought the previous year when still in gainful employment. Now and then I wrote the odd job application. Mainly, I wrote The Lost Baggage of Silvia Guzmán.


Briefly, and without revealing too much, the plot is as follows. A young woman is forced to leave her family after a violent drug-fuelled coup in South America, and seeks asylum in London. She does not get a warm welcome, being put in a bed-and-breakifast with a rapacious and unpleasant landlady. Then she is rescued by a trendy couple in South London.  The rescue is a mixed blessing. Silvia has become a nuisance to one side, and a cause and useful tool to the other. Still in shock, she can do little about it. But when she meets another, earlier refugee, that starts to change; and in the end she has a surprise for everybody.


The Lost Baggage of Silvia Guzmán is not really about drugs, or politics, or asylum-seekers. It’s about Silvia Guzmán. Novels are not the place for lectures. Trim your plot and your characters to make a point, and you will write crap. Orwell, that most political of writers, understood this as well as anyone, and put it with some force in his 1940 essay, Inside the Whale. If a novel does make the reader think about their world, it is because it paints it well. Since that is what makes a good novel anyway, to attempt more is superfluous.

In any case, I had great fun writing the book, not least because there is a sub-plot that includes a book within a book, written by one of the main protagonists. I can’t remember where I got that idea, but it was probably from Anthony Burgess’s The End of the World News, which I read around then; it is a delightful and unusual novel that uses this technique to great effect. It lets you write two completely different books at once, and stops you getting too bored with either. It also lets you offer the reader two different narratives. In this case, the book-within-a-book is a complete contrast to the main narrative, being of the sex-and-shopping genre. I may try that again one day.


I did try to publish Silvia Guzmán, and there was some interest from publishers, but no-one took it. Besides, what I really needed was a job. Later that year, in a pub, I was tipped off about an interesting job producing publications in Thimphu, Bhutan – a country where Westerners could not easily go. I spent nearly three years there, and explored the region as well, travelling to Calcutta, Sikkim, and Nepal as well as within Bhutan. The Lost Baggage of Silvia Guzmán was forgotten. I threw out all my old manuscripts in 2003 when my parents' house had to be sold. So far as I knew, there was no surviving copy; the book had never existed in digital form.

In August 2013 I was searching for some old negatives in belongings that I had at a friend’s house in England (I now work in New York). I found a yellow foolscap folder, dusty and discoloured. When I opened it, a comic-book in Spanish fell out, and I realised the folder must have something to do with my long-ago journey to South America.

What fell out next was a sheaf of publishers’ letters. “What you have here,” said one, “is a good, heartfelt novel, told from a convincing perspective and with an important story to relate ...Your dialogue is good, convincing, very readable ...and in general you’ve written a very good novel.” Another commented that I had “chosen a very emotive topic and ...tackle important issues with great understanding.” Another said it was “a very decent piece of work, sympathetically done”, while another called the writing “assured and intelligent”.  But none made an offer. There was a recession and they could not be sure it would sell. (Looking back, I am sure one or two publishers did not like the book; I seem to remember that one was almost abusive. But then, if something is liked by everyone, it is no good.)

Beneath the letters, unseen for 22 years, was the book.

Reading it, I was struck by how little I would change today. So I have changed nothing at all. The only superficial sign of the book’s age is that there are no mobile phones (we did have them in 1991, but they were large analogue devices and were still mostly used in cars). In the broader world, drug trafficking now affects Mexico more than Colombia, but it remains a source of instability, and of terrible violence. As someone who has had many good friends from Mexico, I feel as strongly about this as I ever did. As for the treatment of asylum seekers, this is no better – in fact it is worse. Instead of a dodgy bed-and-breakfast, Silvia would likely find herself in somewhere like the notorious Yarl’s Wood Immigration Removal centre north of London, where there have been fire, hunger strikes, and sinister allegations of sexual violence and intimidation.

But in a way that is not the point. The Lost Baggage of Silvia Guzmán is about Silvia. I am sorry I have kept her prisoner so long; she is free now, and I hope you will enjoy meeting her at last.

From reader reviews of The Lost Baggage of Silvia Guzmán

“This is a charming and insightful book, of considerable relevance to the present day furore that is permeating British society and media in relation to asylum seekers and immigrants, and I can recommend it very highly.”

“I really enjoyed this book and found the writing generally unsensational but vivid and gripping from the beginning. Mike Robbins ...does not shy away from describing graphic and unpleasant incidents, but does it in a fashion that slowly pulls in the reader until they find themselves suddenly hooked and wanting to know more.”

“The reality is that refugees are refugees for a reason – and these reasons frequently have their origin in the habits and behaviours of those of us in “developed” countries. Robbins doesn’t hesitate to point this out.”

“I am reminded of the writing of Graham Greene when I think of this narrative and I hope that Mr Robbins continues to put his undoubted past experiences to good effect in future similar works of fiction.”

“There is much to enjoy here - the insightful descriptions of the fascinating mass of contradictions and beauty that is S America; the emptiness of London's fashionable moneyed liberalism; the humour of the fairly mediocre and formulaic "sex and shopping"novel within the novel; the parallel world lived in by Britain's refugees - be they from overseas or from failed families around our country.”

“This is a thought-provoking tale where the author does not shy away from shocking scenes and sensitive themes. How he portrays them though is by cleverly allowing the reader to reach their own conclusions. I also particularly enjoyed the vivid atmospheres that the author creates with his expansive use of colours, light and sounds, so that I felt exactly in that place and time with Silvia. ...I wasn't expecting to feel so emotional at the end. I admit to having a tear in my eye. For Silvia.”